Chair of the Hull and East Yorkshire Local Enterprise Partnership (HEY LEP) James Newman has called on the Prime Minister to put the Humber first as the UK works towards Net Zero. 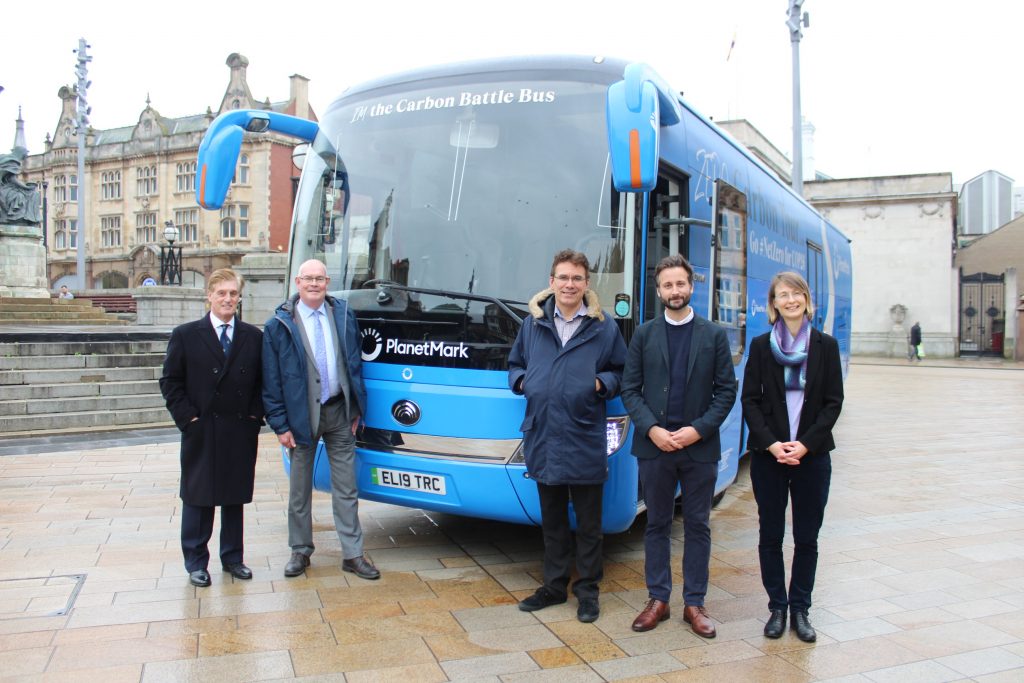 Speaking at the HEY on the Road to Net Zero event on 18 October, James Newman told over 100 delegates at the COP26 affiliated Zero Carbon Tour event that the Humber is “a significant example of what a perfect storm could look like if we fail to achieve Net Zero” as he discussed the significant factors that the region must tackle if it is to both reach Net Zero and weather the effects of climate change.

James addressed the Prime Minister Boris Johnson directly, stating: “If the Prime Minister is serious about his three economic and social goals for the UK, then can he please, please start taking the Humber seriously. If you want to start making inroads into these goals – instead of just talking about them – then where else would you be able to level-up, promote and facilitate global Britain and score some early net zero wins, all at the same time, and in the same place? That place is the Humber. The Prime Minister needs to invest where he will get the most value for money and at scale.” 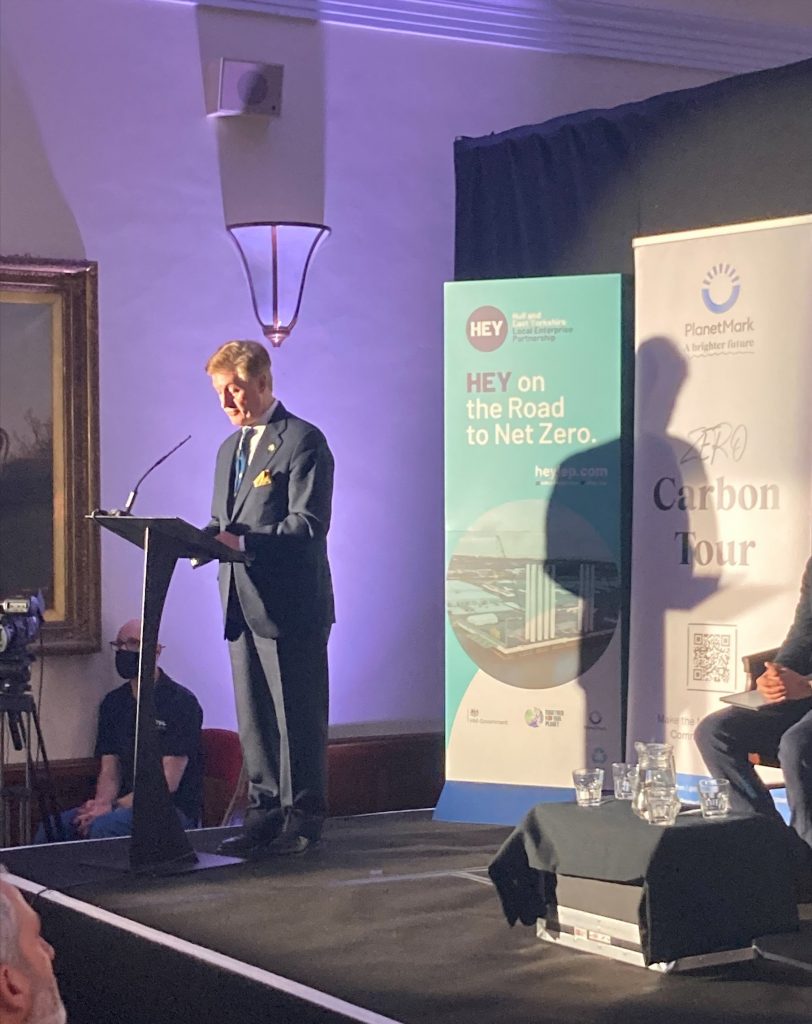 He continued: “It is the start of a 15-20 year journey. The Government needs to start somewhere – and I would hope that it would start here, in the Humber. To use a Formula One analogy – the Humber is in pole position. All we’re waiting for now is the lights to go green.”

HEY on the Road to Net Zero was a flagship  event as part of the COP26 affiliated national Zero Carbon Tour. The HEY LEP were selected to host the flagship event after a competitive bidding process, with Hull being only one of two Yorkshire destinations visited by the national tour. The event was held at Hull City Hall and heard from a number of keynote speakers and breakout sessions, whilst the Tour’s 100% electric battle bus parked outside in Queen Victoria Square. 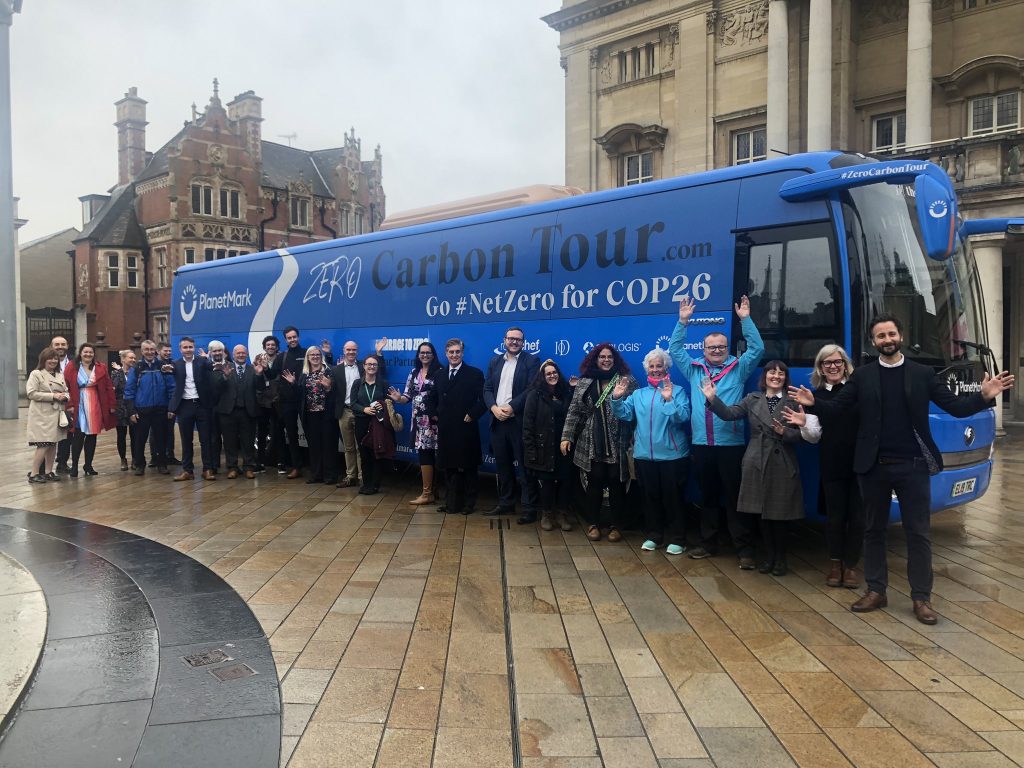 The day began with Marketing Humber’s Waterline Summit flagship opening event, including the first showing of their COP26 film ‘Eyes on the Humber.’

HEY LEP Chair James Newman then delivered the event’s opening address, before sustainability certification organisation Planet Mark discussed the importance of Net Zero and what its implications are for businesses, especially SMEs.

Businesses and organisations from across the region then took to the stage to tell their  “Carbon Stories” – with organisations including the Humber Coast and Vale Health and Care Partnership, Living with Water Partnership, Hull City Council, the Humber Industrial Cluster Plan, businesses such as Beverley Park Homes, Rooted in Hull and Bio-D, and training providers the Humber Energy Academy all coming together to discuss how they are embracing or plan to embrace taking sustainable measures, or how they are supporting decarbonisation in the region. 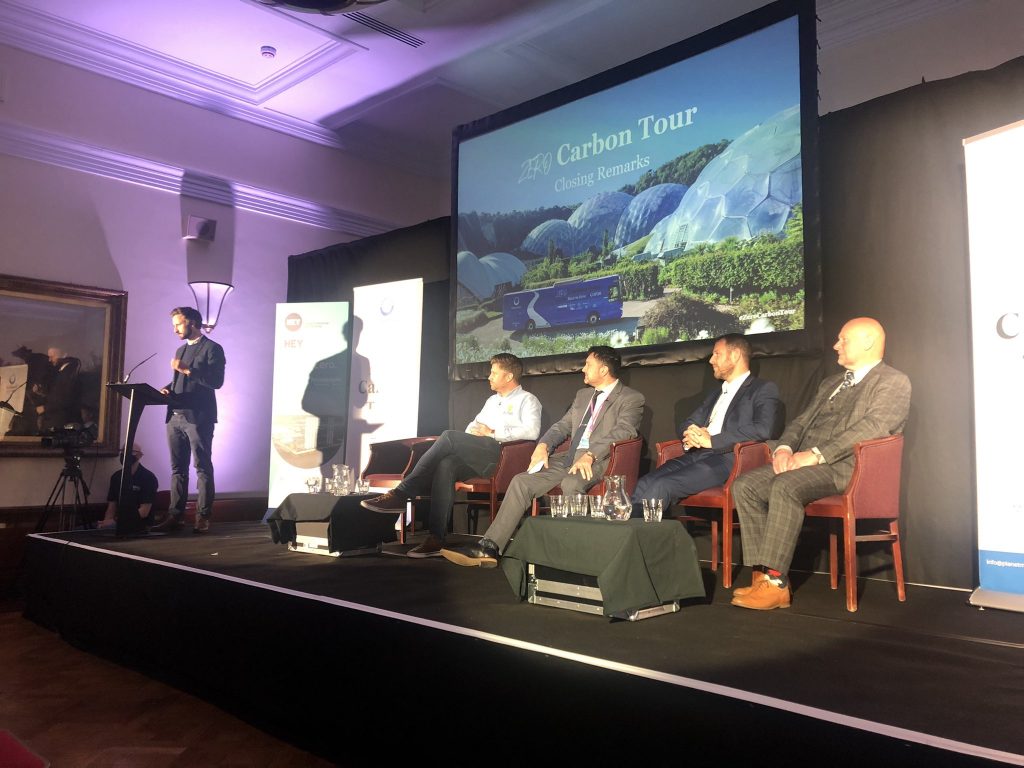 The LEP also hosted breakout sessions on topics, including nature partnerships, funding and industrial decarbonisation, with a host of local partners.

In addition to the main conference, a special event organised by the HEY Careers Hub at the Ferens Art Gallery saw 40 students from seven local schools take part in an environmental project pitch with the Wild Hearts Group, based on some of the UN’s Sustainable Development Goals, which they will be taking back to their schools to implement sustainable changes.

If you missed the HEY on the Road to Net Zero event, a recording is available to watch on the HEY LEP YouTube channel here.