James is the founding Chair of the Hull and East Yorkshire LEP. His executive career mainly consisted of being Group Finance Director of several large northern based PLCs. In his Non-Executive career, he has been Chair or NED of a number of PLCs and other business and charitable organisations.

James was the founding Chair of the Sheffield City Region LEP from 2010 until he retired at the end of 2015, following the signing of one of the first City Region Devolution Deals. He is currently Chair of Finance Yorkshire and a Director of Key Fund, the largest social investor in the north, and has a number of other business and charitable roles, nationally and in Yorkshire.

A Chartered Accountant, former Master Cutler and Deputy Chairman of Sheffield Hallam University, James was awarded an OBE in 2017 for services to business, the economy and charity in Yorkshire and an Honorary Doctorate from Sheffield Hallam University in 2012 for services to business, enterprise and education in Yorkshire and Humber. 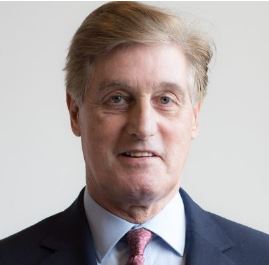